#SeeingRed: How Hey Girls harnessed the power of anger to combat period poverty

One in ten women and girls in the UK cannot afford or access sanitary towels or tampons. This barbaric statistic has lit a creative fire for social enterprise Hey Girls, which is turning to the power of anger to tackle period poverty in the UK.

Period poverty affects 1 in 10 in the UK and it surged in 2020 during the COVID pandemic. In fact, a survey by the charity Plan International UK showed that as many as one third of 14 to 21s in the UK struggled to access or afford period products during lockdown.

That such a basic human need should be so out of reach for such a large proportion of society, provides the creative spark to a  new campaign by social enterprise Hey Girls, which was founded by Celia Hodson to tackle period poverty. Rather than shying away from the spark of anger this lack of basic dignity afforded to women and girls evokes; the film has been crafted to evoke anger in a drive to motivate positive action and change.

The ‘Seeing Red’ film, produced by Prettybird and directed by Margot Bowman, depicts the anguish of a girl caught unprepared at school when her period starts, brought arrestingly – and graphically – to life. In it, an array of techniques are used to evoke anger – all informed by psychological insight by Dr Philip Gable, Associate Professor of Psychological and Brain Sciences at the University of Delaware.

Anger is an act of radical imagination

Conceived by adam&eveDDB, the idea came from the insight that despite its negative connotations, anger is one of the most motivating human emotions. The aim was to harness anger to encourage positive action – in this case, to tackle the injustice of period poverty. Psychological insights were used throughout the film’s development and production. From its narrative arc and character depictions, to the soundtrack, pace and use of colour, a range of creative approaches were devised to evoke anger and motivate action.

Variations of the film were tested before release. The results were then used to optimise the final edit to maximise the motivating form of anger and action that was intended. On average, watching the film made participants feel over 3 times angrier, results showed. Further, the more intense they found the film and the angrier they were, the stronger their desire to take action and buy Hey Girls products.

What made this project so unique is that the idea forced us to work in a completely new way. Every creative choice was measured against one question: will it make people angry?

The campaign marks a shift in tone when it comes to addressing gender inequality in advertising. In the place of the polished principles of ‘femvertising’, the corporate feminism that has dominated marketing over the past decade; comes the sharper edges of actively addressing the anger which stems from gender inequality. It’s an approach which comes in the midst of a step-change in marketing to women; with campaigns such as Essity’s ground-breaking Pain Stories work actively depicting the hidden pain of simply existing in a woman’s body. This latest work underlines the fact that authenticity in marketing increasingly demands addressing and reflecting the true diversity of women’s experience; including anger, an emotion that advertising has historically shied away from.

Hey Girls aims to harness the power of anger to increase awareness of UK period poverty; and to encourage action to combat period poverty by buying Hey Girls period products. With its buy-one-give-one structure Hey Girls gives away a comparable product to those in need for each one of its products bought.

The film, which launches online, features the soundtrack: ‘Grovelling Warts’, which was composed by Esther Joy Lane.   It will be supported by a media campaign, created in partnership with the7stars, which includes digital, social, print activity.  The print campaign features anonymous, real quotes about negative reactions to period poverty to elicit anger. The campaign is supported by W Communications, which is managing consumer PR and influencer marketing.

Celia Hodson, Founder & CEO at Hey Girls, explained: “There is no better feeling than doing an outstanding job while you are doing good. We've worked with some of the most talented and generous people to bring this campaign to life. Period Poverty is an issue they all care passionately about which is why they have collectively gifted creativity and commitment to build a campaign that is certain to move the viewer into action.”

Laura Rogers , Global Creative Director at adam&eveDDB, added: “What made this project so unique is that the idea forced us to work in a completely new way. Every creative choice was measured against one question: will it make people angry? We had to listen to the science. This sometimes put us at odds with our instincts to refine and finesse. But when it felt uncomfortable, we knew we were on the right track.” 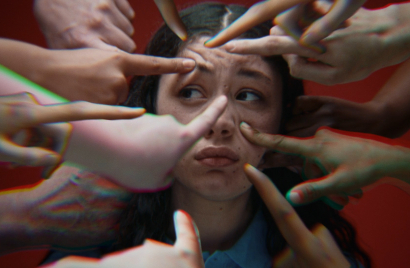 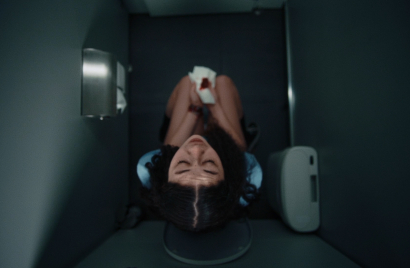