After decades of difficult history, the beginning of the 21st century is the best moment to visit Warsaw. Go beyond the Old Town, visit the city's beaches and share delicious food at the old Soho Factory.

After decades of difficult history, the beginning of the 21st century is the best moment to visit Warsaw, a city that literally rose from the ashes like a phoenix. During World War II the historical city centre was completely demolished by Nazi German troops. After the war, Warsaw residents rebuilt the city one house after another. We even reconstructed the Royal Castle in its former glory.

Directly after the war, Poland and Warsaw were cast into decades of communist regime. This was a grey time for Warsaw, but the culture was thriving. Only after the fall of Berlin Wall did the capital of Poland started to regain its true glory.

Today, 40 years after the collapse of communism, Warsaw thrives with life and opportunity. It’s a modern European capital and the centre of political and business life of Poland. The city is teeming with life and culture. Yet you can still have a glimpse of our past, visible in the streets of the underbelly.

If you want to truly experience the city, go beyond the Old Town or Downtown to visit Wilanów, Żoliborz, Mokotów and Praga. Every district has its own unique character and is worth seeing.

Thanks to the numerous bottom-up initiatives, the city is transforming. In the last few years city beaches, neglected for decades, came back to life. Warsaw is also one of the greenest capitals in Europe. The city is full of squares, parks, gardens and even forests; Kampinoski National Park is merely 25 km from city centre.

Thanks to the diversity of the residents, you can visit a National Theatre, Grand Opera Theatre or spend time in various music clubs. A young generation of artists that were born and raised in free Poland gave our city a breath of fresh air. You can find people here with different experiences, and a different outlook on life. Warsaw is inspiring. 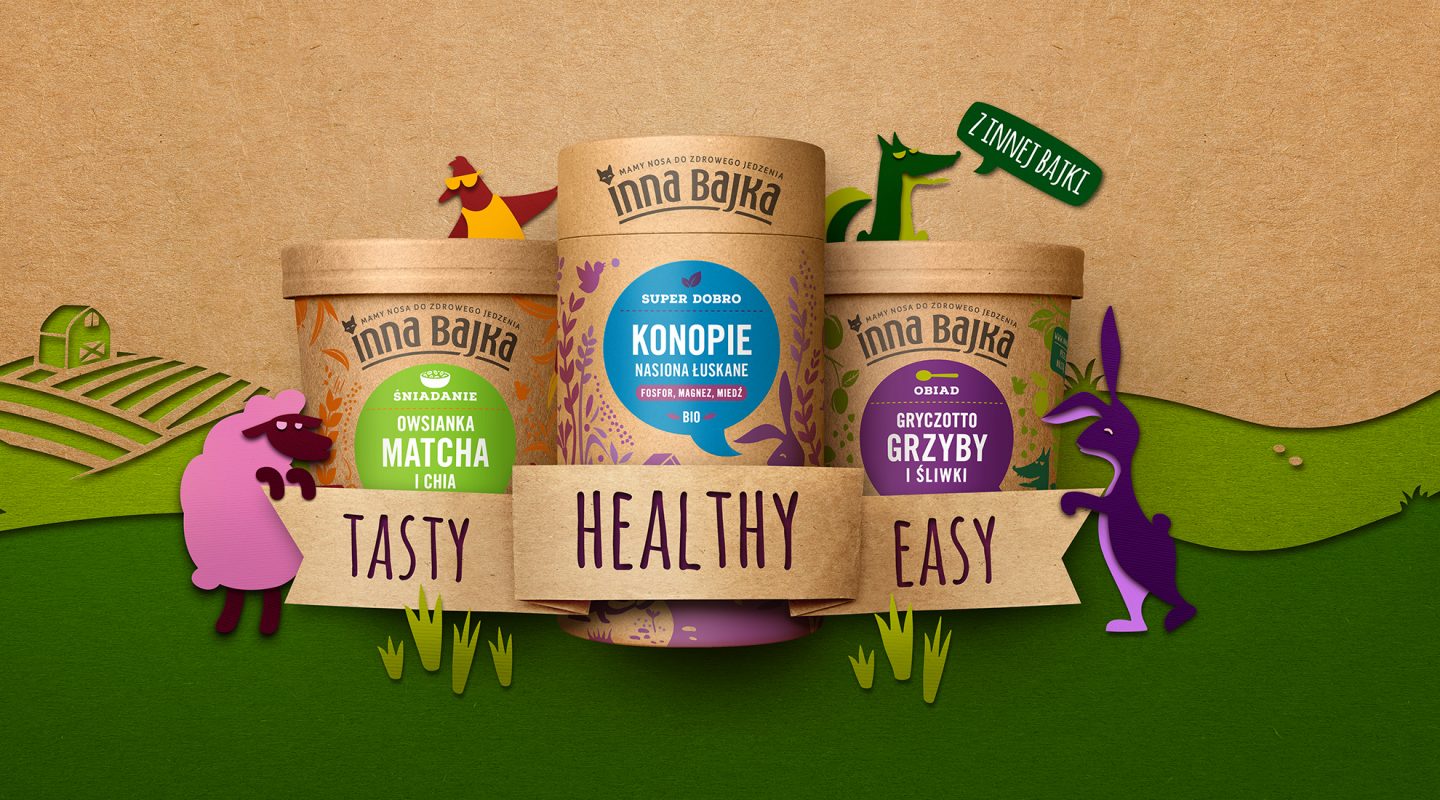 In a world where everything is rushed, most of us don’t have time to eat healthily. Nutritious meals usually go hand in hand with high prices, sparse choices and above all, a time-consuming preparation process. By default, people choose the simpler option: fast food and meals to-go. Inna Bajka was created to challenge the firmly held belief that healthy food is neither tasty nor easy to prepare. Its goal was to create a range of products that would be healthy, tasty and easy to prepare. We embarked on a long journey with Inna Bajka to give life to its challenging value proposition. Starting from the name and claim, we went through the brand’s positioning strategy to unfold the brand’s entire story, from its visual identity and packaging to its OOP communication. A wide range of characters populates the eye-catching world of Inna Bajka, with its promise to deliver affordable and healthy food. 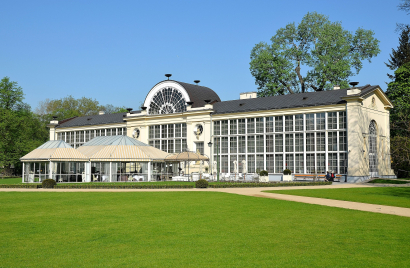 The Royal Łazienki was King Stanisław August’s summer residence, where classicist architecture is harmoniously blended with its natural surroundings that include fabulous gardens. Here, one cannot only rest while watching nature but also deepen one’s knowledge of the ideas of the Enlightenment by visiting such gems of the European architecture as; The Palace on the Isle, one of the most valuable Polish historical buildings, housing the Royal Picture Gallery; The Old Orangery, housing the Royal Sculpture Gallery with plaster copies of the most famous sculptures of the ancient world, and the Royal Theatre, one of the few original European 18th century court theatres; The Myślewicki Palace, in which original polychromes by Jan Bogumił Plersch were preserved, including views of Rome and Venice, and the picturesquely located Amphitheatre. There are also summer concerts near the Monument to Chopin, which take place on each Sunday from the beginning of May until the end of September. These recitals have had a long tradition in the Royal Łazienki, and they are popular both among tourists and the inhabitants of Warsaw. 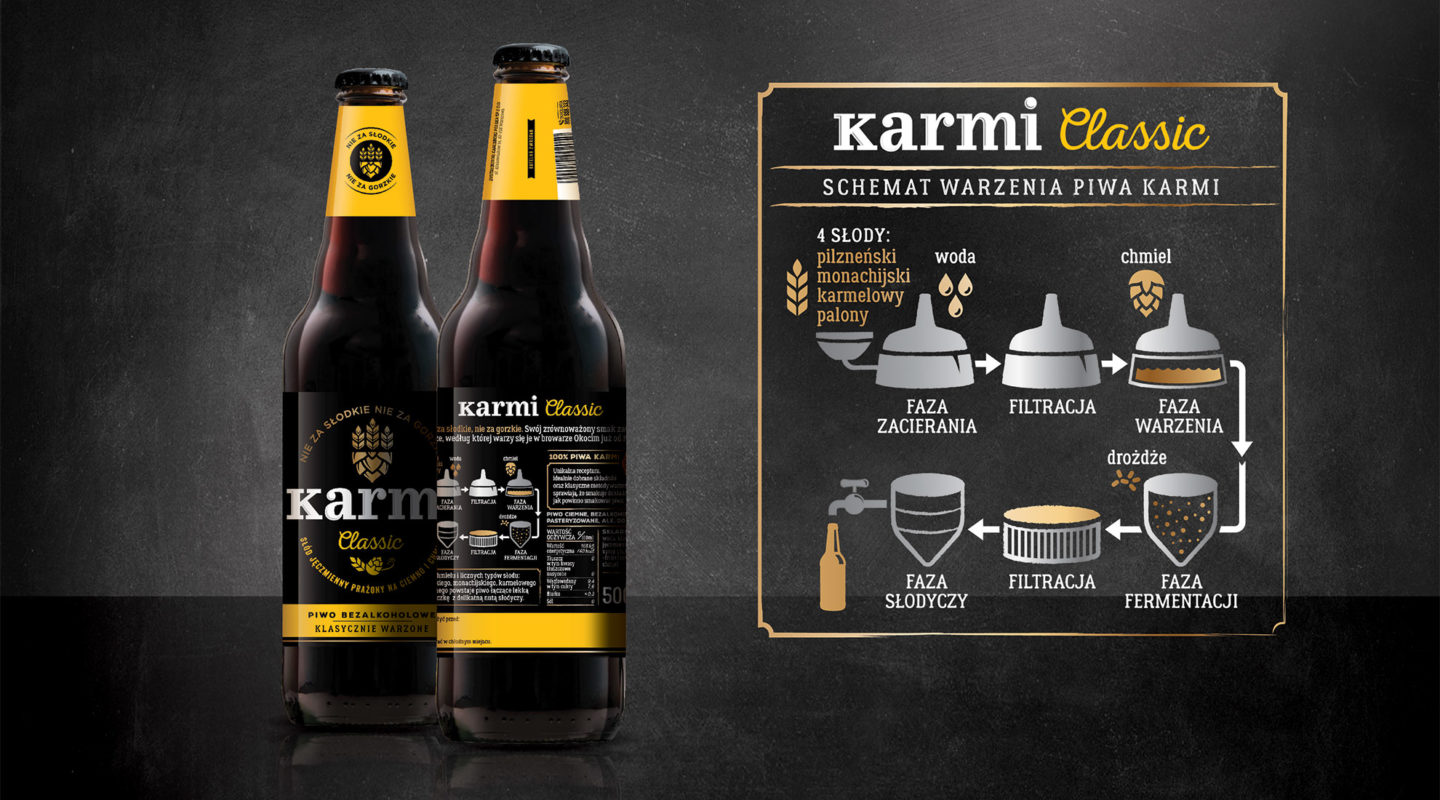 Karmi, ‘Not Too Bitter nor Too Sweet’

Karmi is an alcohol-free beer that has been on the Polish market for many years. So far, the brand has been seen as a caramel-flavoured drink directed mostly at women. A change in packaging design was to emphasise the beer character of the brand and to present it as an ideal offering to both women and men. The new design emphasises the ‘beer’ nature of the product. We created the brand’s icon by combining a beard of barley with cone hops. Simultaneously, we used a Sheriff font in the logo, characteristic for the beer tradition, to emphasise the quality and brewing craft. The combination of black with a sunny yellow refers to the brand’s visual heritage and emphasises the dual nature and taste of Karmi, light bitterness with a hint of sweetness.

If you wish to experience modern Warsaw emerging from its past, try Warszawa Wschodnia at the Soho Factory in Kamionek, a neighborhood in Warsaw with rich and diverse history. The culinary journey through Polish and French cuisine starts here. Warszawa Wschodnia restaurant is located in Hall 46, one of the most decorative buildings on the Soho Factory site. Previously windowless, the east façade’s large windows take advantage of the natural light and the surrounding greenery. At any time of the day or night you can enjoy delicious dishes. The restaurant believes that cooking brings people together, which is why the central point of Eastern Warsaw is the huge kitchen table, where you can watch the amazing work of chefs. Watching how a dish is created especially for you will whet your appetite. 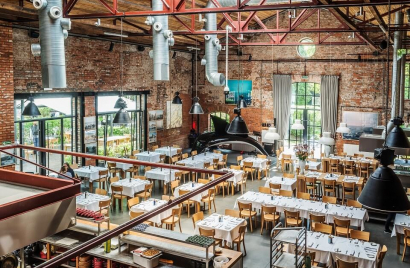 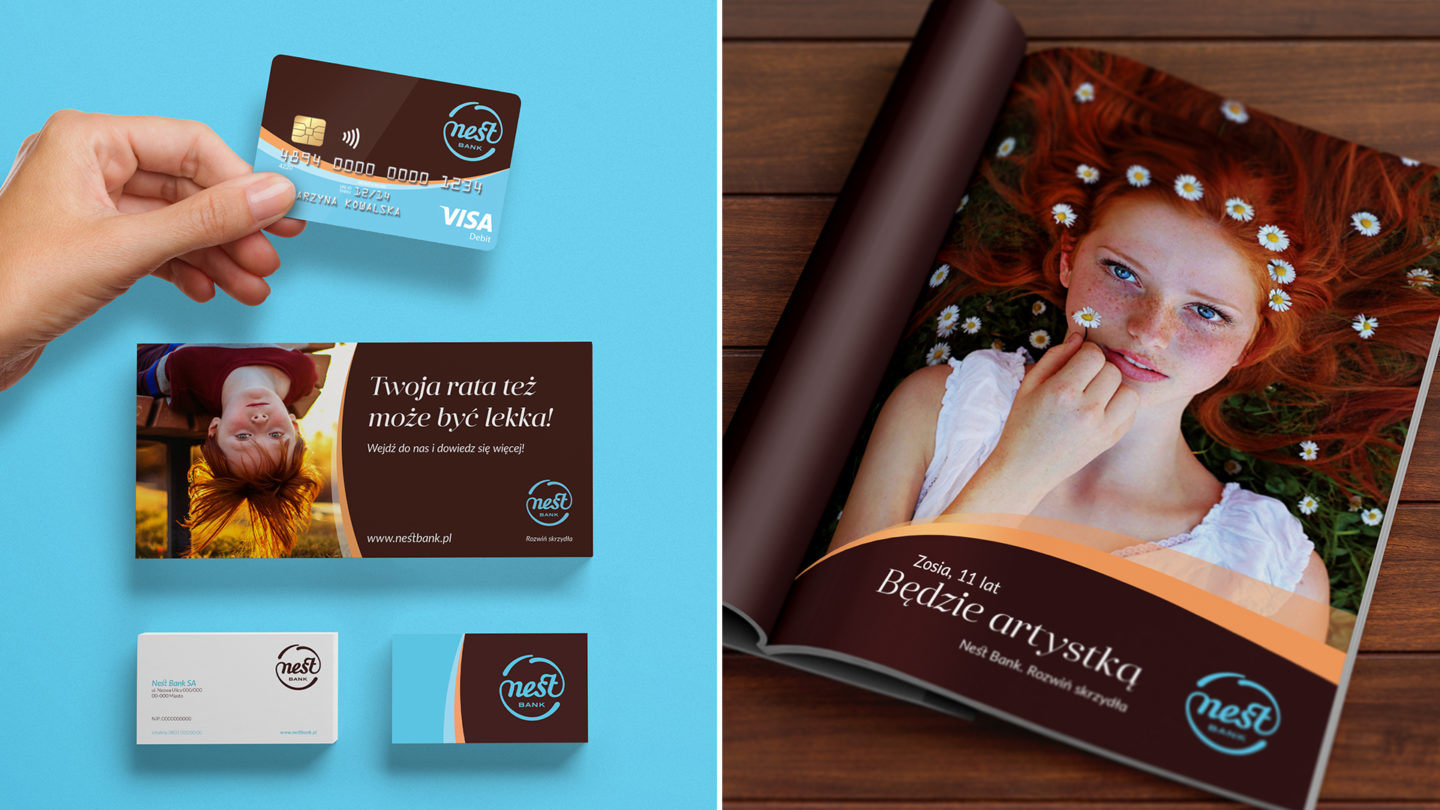 Nest Bank, ‘A Bank Different to Others’

Nest Bank is a bank dedicated to family-oriented people. Our task was to create a brand trustworthy enough to compete in the finance world, and simple enough to belong to the modern world of Mr. Smith. We had to rethink the whole strategy of the brand, its design and the customer experience to deploy in the bank’s branches. Nest Bank built its image on the values symbolised by Nest: safety and protection. In order to distinguish Nest Bank from other banks we needed to come up with a unique solution. That’s why we abandoned the safe territory of the colour code. We chose brown for peace and harmony and blue symbolizing order to become the colours of the bank. The shape of the logotype refers to the shape of a nest and its typography looks like a handwritten note, symbolizing the guarantee of a word being kept. The brand is positioned to build upon emotions associated with family and children. The brand’s tagline ‘Spread your wings’ represents its core values and the images of bright-eyed children adds recognition.

Bartek studied journalism at University of Warsaw. His writing skills help him in his passion for branding. In 2018 he made his dream of working in a global creative agency come true and joined Dragon Rouge Warsaw. He is responsible for the consumer branding projects for the agency’s global clients, such as Modelez, Pepsico, Carlsberg and Pernod Ricard. Dad of two wonderful children and a huge fan of video games.

Charlie Terry explores the benefits and nuances of crowdfunding a brand

Why Gen Z are switching from fast-fashion to sustainable goods

Put A Pin(terest) In It: The social platform changing the advertising game