BrewDog has launched an outdoor advertising campaign to highlight the human rights abuses of the World Cup host nation Qatar.

How do you solve a problem like sports sponsorship when the World Cup is taking place in a country where homosexuality is illegal and human rights abuses are rife?

While many official sponsors have taken the path of generic messaging around a festive World Cup BrewDog has chosen to declare itself as an ‘Anti-Sponsor’.

BrewDog CEO and Co-Founder James Watt introduced the campaign, created by Saatchi & Saatchi, with a Linked In post declaring: “Football's been dragged through the mud, before a single ball's been kicked. Let's be honest: Qatar won it through bribery. On an industrial scale.”

To bring this to life outdoor executions play on generic sports sponsorship marketing statements, but adapted to reflect the unprecedented nature of this tournament. For example in place of the ‘The beautiful game’ consumers are invited to consider ‘The beautiful shame.’

It is a shame which Watt is not afraid to highlight, as he writes: “Football is meant to be for everyone. But in Qatar, homosexuality is illegal, flogging is an accepted form of punishment, and it's OK for 6,500 workers to die building your stadiums. That's why we're kicking off. And we're putting our money where our mouth is, with all the profits from our Lost Lager sold during the tournament going to fight human rights abuse.”

The campaign, which is Saatchi & Saatchi London's first work for the brand, directly addresses the tournament's track record. With one execution including the strapline: "Now Russia, then Qatar. Can't wait for North Korea."

Watt explained: “We're proud to be launching BrewDog as an anti-sponsor of the World F*Cup. To be clear we love football, we just don't love corruption, abuse and death. So join us. Let's raise a glass to the players. To the fans. To free speech. And two fingers to anyone who thinks a World Cup in Qatar makes sense.”

Brewdog has long been something of a ‘marmite’ brand in marketing circles. Yet love it or loathe it, it is nonetheless refreshing to see a brand which is not prepared to sit on the sidelines when it comes to the most controversial tournament in living memory.

To read more about the most controversial World Cup in history click here. 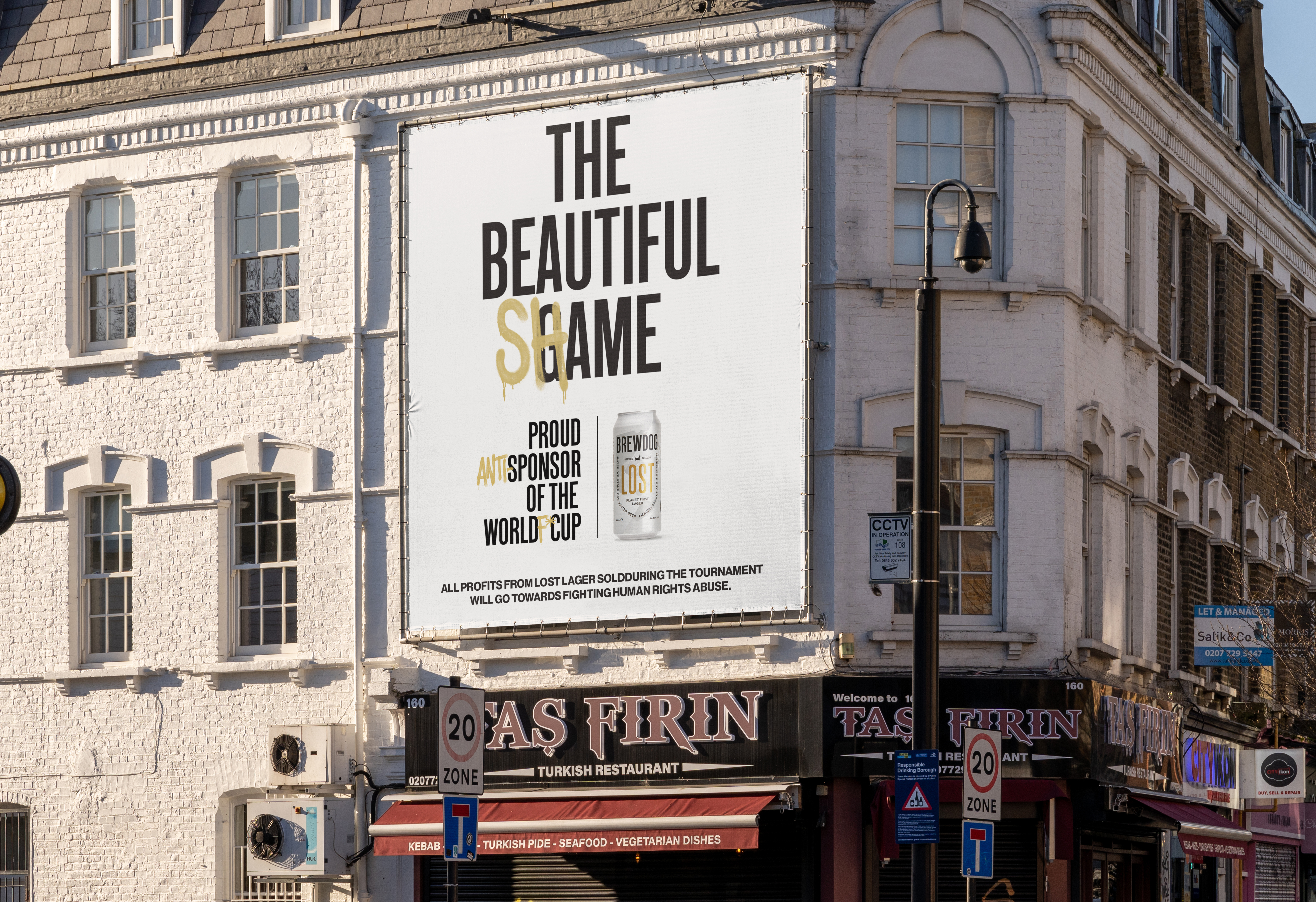 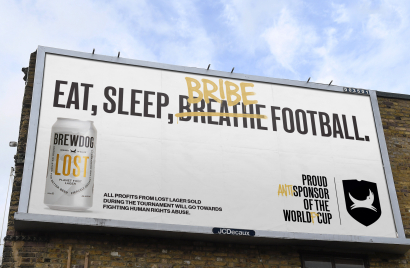 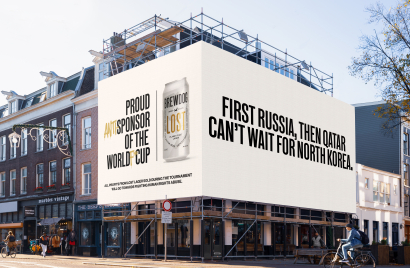 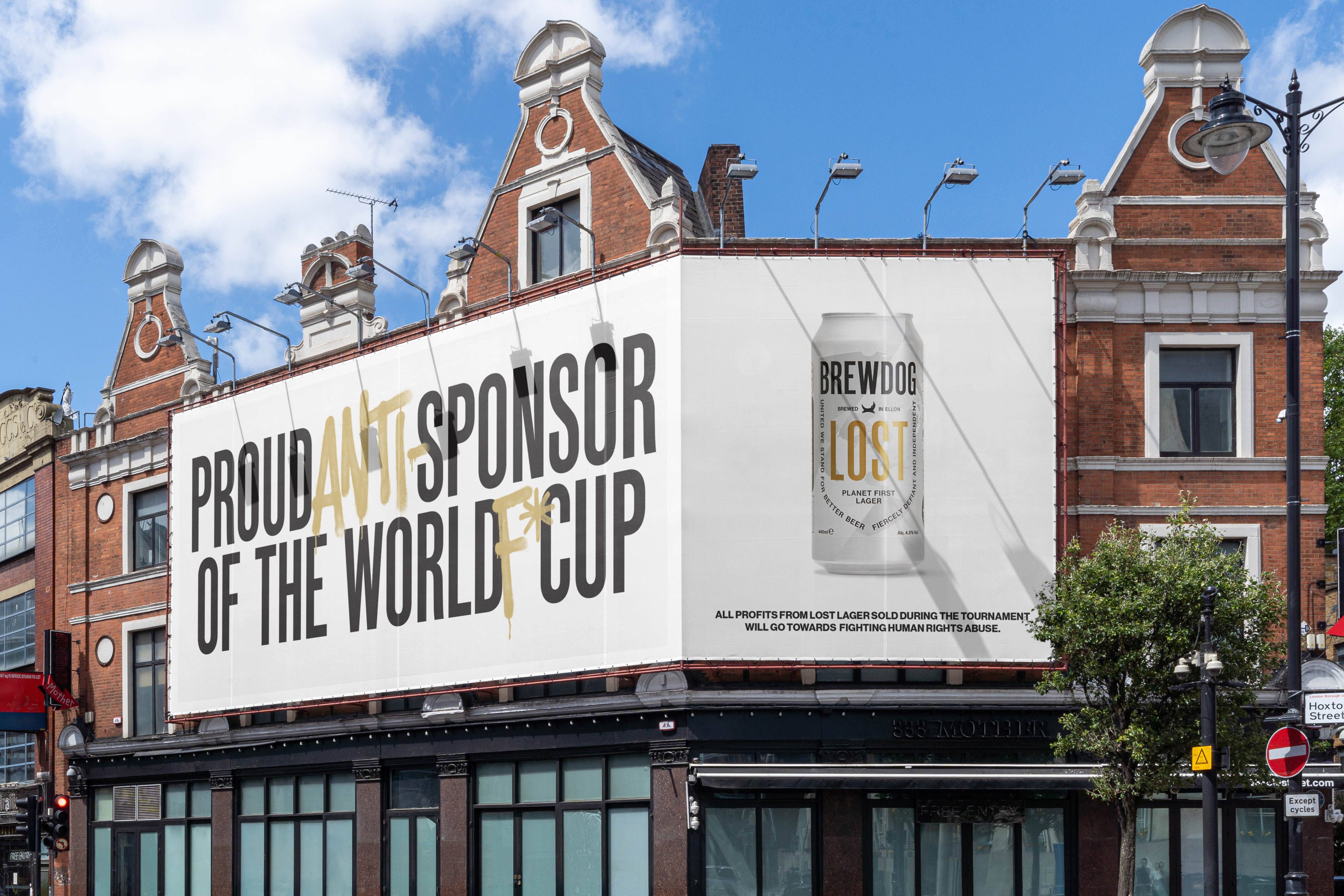