A ground-breaking new campaign created by AMV BBDO is challenging the stigma and silence surrounding the unspoken agony of women’s pain.

There are few experiences which remain as unspoken or unarticulated as women’s pain. “Women have been putting up with excruciating pain for years,” explains Tanja Grubner, FemCare Global Marketing and Communications Director at Essity. “Due to outdated taboos, women’s pain is systematically overlooked, and they are too often dismissed, ignored and misdiagnosed,” she continues.

Breaking this deadly culture of silence is at the heart of Essity’s ground-breaking campaign #painstories. The campaign lifts the silence surrounding women’s pain one story at a time. The campaign also includes an interactive Pain Museum, which brings to life real stories of women’s pain through artwork and powerful first-person interviews. From hearing accounts from women who have suffered the excruciating pain of endometriosis to advice and information from medical experts, the campaign is designed to break the deadly assumption that women’s pain, particularly when it comes to periods, is something to be silently endured.

The team has also created a Pain Dictionary, which uses real descriptions of pain from people with endometriosis. The dictionary contains new definitions to articulate the pain which sufferers have historically struggled to articulate, to create a ‘new verbal and visual language’.

When you allow a woman to be in her body and not fearful of it or feel embarrassed about it, you give her power.

The power of active listening

At the heart of the campaign lies a commitment to listening to women’s experiences, not only for incorporation in the creative output but underpinning the entire strategy. The campaign is based on Libresse’s pain report, an extensive research project into the gender pain gap which included first person stories from advocates across the globe.

The power of this human perspective in changing the narrative was underlined by the story of Lauren Mahon, the BBC broadcaster and Founder of GIRLvsCANCER, who partnered on the #painstories project having suffered from endometriosis in her early twenties.

Across the globe 176 million women suffer from endometriosis, which equates to one in ten women. Yet it takes on average seven and a half years for a diagnosis.

Sharing her own experience of endometriosis, Mahon recalls a period of her life in which her overriding memory was being curled up in a ball on the bathroom floor. As a result of the agonising pain she endured, her relationship broke down and she lost her job.

Having gone back and forth to the GP and walk-in centres over many years she was made to feel that she just simply couldn’t cope with the ‘normal’ pain of periods. So, she simply buried her experience. It was only when she was finally referred to a gynaecologist that the full extent of her endometriosis was revealed.

“I’m so grateful that it was caught, but I was so angry that I had been left for so long. Talking openly about it makes me realise what a traumatic period in my life that was,” she explains. 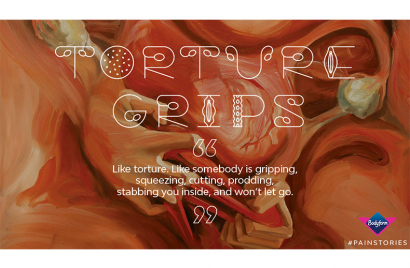 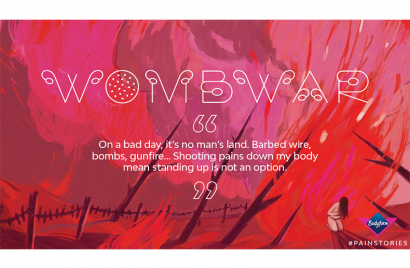 Dr Shireen Emadossadaty GP, a partner on Libresse’s #painstories project, believes there is a big problem in the world where people feel that women should just deal with their pain. She explains: “A lot of women think painful periods are normal but actually, it’s not, particularly when the periods are starting to affect activities in your daily life. Opening up the conversation around period pain will encourage women to see their GP, to be persistent about their symptoms and hopefully we can bring down that diagnosis time. You’re not alone. Period pain is common but it’s not normal and it’s not something you should be suffering with.”

Sparking these conversations amongst friends and family, but also supporting women in articulating their experience to healthcare professionals lies at the heart of the campaign. As Mahon explains: “When you allow a woman to be in her body and not fearful of it or feel embarrassed about it, you give her power. It is only by talking about our pain that what is abnormal comes to light and then we can get people looked after in the right ways. Let’s get comfortable with having these conversations and being much more respectful of the women that endure this pain."

Mahon urges women who are struggling to articulate their pain to visit the Pain Museum and to think about the impact of the pain on your life, for example, if you can say that the pain is so severe that it means you cannot go to work. She urges women to ask to be referred to a gynaecologist and ask for a second opinion. “Never feel like a burden, never feel like a waste of time. I wish I had kept pushing when I was younger,” she says.

It’s a shift that Mahon believes can begin with a single conversation. She explains: “Articulate what you are going through and seek support in that. You do not need to suffer in silence. You may not be one of those girls roller skating down the street like we used to see in those ads but you will feel better when you start talking.”

The power of inclusion

The #painstories campaign is the latest in a long line of stereotype-smashing work from Essity and follows its #BloodNormal and #Wombstories work. Luciana Lara De Azevedo, Global Brand Communications Manager, FemCare at Essity says taboos are about so many parts of women’s lives. “A lot has been done and we still have more to do,” she explains. “We will continue listening to women and telling their stories."

According to research from Essity over half (51%) of women believe that period paid is simply something that women should endure. She explains that when these women express the pain they are experiencing, they are concerned that they could be viewed as hysterical.

She describes the Pain Museum and Pain Dictionary as a vital new verbal and visual tool in which sufferers can articulate pain. In line with this the brand is working with artists from across the globe to bring these Pain Stories to life. “Our ambition with this campaign is to ensure society includes [the experiences of] those women and that they should be asking for help if they are experiencing that level of pain,” she adds.

The campaign launch coincides with Endometriosis Awareness Month and the team is united in their commitment to breaking the silence which still surrounds the condition. According to Essity the impact of endometriosis on women’s lives remains “desperately underacknowledged”.

For Mahon, changing the narrative and silence that still surrounds women’s pain must include greater representation across the industry. She explains: “I would like to see representation. When you see a story of a film, it doesn't need to be this big storyline, it just needs to be part of the narrative.”

She continues: “As women we bleed. What other animal bleeds five to 10 days a month and doesn't die? It's incredible. We’ve been made to feel shame around our bodies for so long, and it's time to unpick that now. As a result, we will see so much more conversations and quicker diagnosis times.”

It's a shift which Mahon notes means she is expecting more from society as a whole, a sentiment echoed by Dr Emadossadaty GP who believes that change can begin on an individual level. She explains: “You don't need to be a sufferer to support, everyone can be a catalyst to the conversation. Talking about periods in general will help open up that conversation. As one individual person you can have a domino effect by being open and transparent.”

As Essity demonstrates, when you ignite that conversation backed by the marketing power of a global brand, the ripple effect extends well beyond the realms of traditional marketing campaigns. 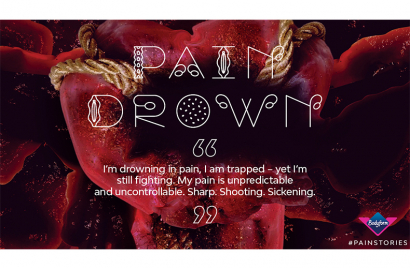 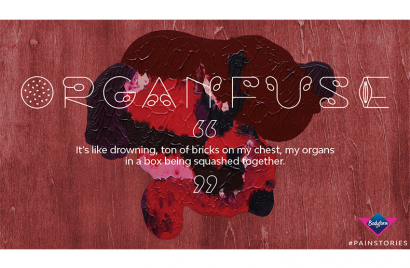