Why Slay Duggee turned to Animal Crossing for new release

Animal Crossing is helping Slay Duggee fulfil its mission of getting kids into heavy metal music, by giving them their first taste of a live show.

It’s the hottest day of the year and we’ve reached the stage in extended lockdown where our collective brains have turned to treacle. So, where should we look for creative collaboration? Enter British kids’ heavy metal band Slay Duggee. The band has shot their latest music video for ‘We’re Going on a Bear Hunt’ on Nintendo Switch’s Animal Crossing: New Horizon.

A glitch in the game interface made it possible for the team to direct the action and create dynamic camera moves while hiding their Nook Phone camera overlay achieved more controlled captures. The glitch enabled director Nick Hearne to achieve a different look to standard in-game camera angles and movements. While the heavy metal track is perhaps not what you would expect from the usually cute and chilled surrounds of Animal Crossing.

The project brings new meaning to the growth of ‘in house’ production with some of the video’s scenes shot in director Nick Hearne’s 8-year-old son’s house on his Animal Crossing Island. Credit must also go to the team for turning the idea into reality in a game built around distraction. As Hearne explained: “The hardest thing about making a music video on Animal Crossing is getting distracted by Animal Crossing.”

The biggest set up was creating the replica festival main stage. When the band invited their fans to their island to experience the festival and take part in the video shoot they were overwhelmed with visitors.

According to the team, “just like at real festivals there was a long queue to get in, longer queue for the toilet, and a random shoe in the mosh pit.” At a time when consumers are experience deprived the video is a playful reminder of the joy of festivals, from a band that the BBC’s Steve Lamacq dubbed the “Lords of Toddler Metal.”

Hearne added: “This year, Download Festival was cancelled. Glastonbury is cancelled. Bloodstock is cancelled. So, we wanted to capture the epic atmosphere of these events and make Slay Duggee the headline act (move aside Metallica!) It took us a few weeks to buy enough human models to build a big enough crowd, and to stock up on the lights to create an epic stage show. There is enough fire to rival Rammstein, and a model of Stonehenge as a nod to the mighty Spinal Tap.”

Animal Crossing has been the stand out tech phenomenon of lockdown, providing a lifeline and soothing loneliness at a time when consumers are physically disconnected. The game emerged as the top-selling of lockdown. The antithesis of games such as Call of Duty, Animal Crossing eschews conflict, instead inviting players to plant flowers, catch butterflies and customise their homes and outfits.

Now the game is also helping Slay Duggee fulfil its mission of getting kids into heavy music, by giving them their first taste of a live show. In a year when so much live music is on pause, it's a creative distraction we can all do with. 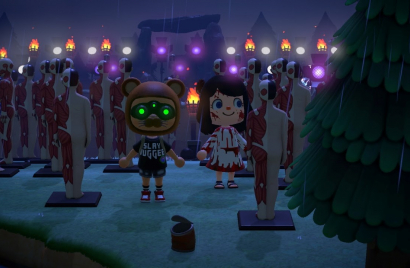 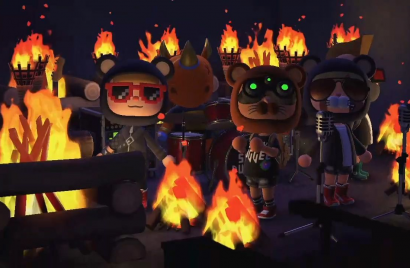 Retail in times of COVID-19

As we emerge from lockdown, it is clear our retail experience will not get back to normal for a very long time, if ever, writes Mark Runacus, Co-founder and Planning Partner at Wax/On.

“We’ve changed the rhythm of the agency quite significantly”

Emily Winterbourne, Managing Director at Impero on strength in agility, brands behaving differently and the importance of prioritising flexible working.