To break taboos, you have to be prepared to lose something

The need to create an inclusive creative movement for positive change across the industry was at the top of the agenda at Creative Equals’ flagship event RISE 2019.

In an impassioned and wide-ranging opening speech Ali Hanan, CEO and founder of Creative Equals, urged the industry to come together to create a “creative holocracy” in the face of a nationwide “inclusion crisis”.

Citing data from Creative Equals which shows that 12% of women in the creative industries plan to leave the industry within the next two years, she urged the women in the audience to stay. She explained: “I believe our glory days are yet to begin. If we can bring diversity and inclusion to the heart of the industry, we can create an inclusive creative movement for good.”

Explaining that unprecedented times call for extraordinary leaders, Hanan pointed to the success of Nike’s Colin Kaepernick campaign as evidence of the commercial firepower of creative counter narratives which challenge the status quo.

The power of the creative industries to create these cultural counternarratives to both re-build public trust in advertising and deliver commercial results was top of the agenda at RISE. The conference also addressed the myriad of ways in which people across the industry can push for progress to create a more inclusive industry for all.

Below are some of the key themes from the day and statistics on the inclusion crisis from Creative Equals:

75%
number of female creatives have a male boss

10%
less likely to have their work put forward for awards

Embrace the business case for diversity and inclusion 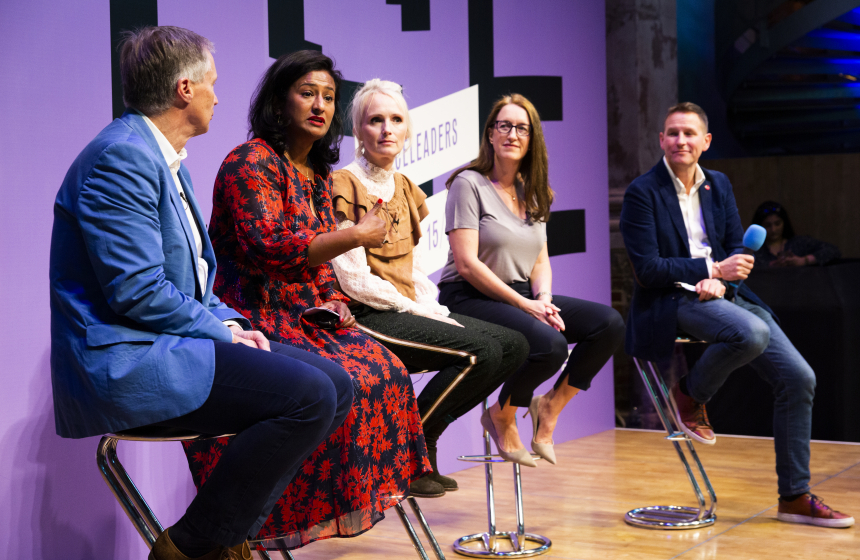 I never go for an agency which pitches with no women in the room.

Radha Davies, UK Brand Development Director at Virgin underlined the business imperative for diversity and inclusion. She explained: “I never go for an agency which turns up with no women in the room,” adding “there aren’t enough women in creative departments.”

According to Davies, having diversity in the room ensures that it shows in the work, which in turn creates an impactful conversation a board can buy into. “Talking about the commercials we are going to unlock is crucial,” she added.

Davies also addressed the need for mutual respect in client and agency relationships. She explained: “We need to recognise that Saturday and Sunday are not part of the working week and I have pushed hard to change that dynamic, particularly for women who have children.”

According to Davies as a client she is buying into a company, which means that she has more respect for companies who respect their employees in turn.

The unprecedented power of advertising to shift culture 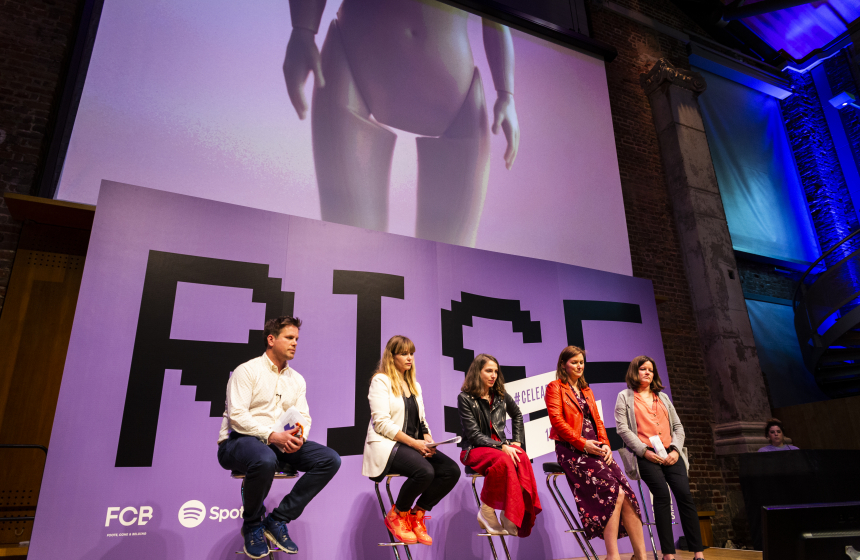 When you want to break taboos, you have to be prepared to lose something.

The power of the creative industries to shift the cultural narrative was another key theme of the day. Natalie Graeme, founder of Uncommon, shared the story of Uncommon’s own creative and cultural evolution, alongside showcasing the agency’s ground-breaking work for ITV. According to Graeme, both the culture of the agency and its creative work have been boosted by using a “wider lens” to take in and understand the human experience. This broad lens extends beyond just the work and into the agency’s own approach to diversity, having launched one of the very few majority-female owned and led creative agencies.

Pointing to its recent ‘More than TV’ campaign for ITV, which showcases the diversity and cultural currency of the broadcaster, Graeme highlighted the commercial and cultural benefits. “ITV is more than just a TV brand; it is a transformative force which can normalise sensitive subjects and challenge the status quo,” she added.

Frustration with that status quo can also be a furtive source for both change and creative cut-through when it comes to producing ground-breaking creative work. Sarah Douglas, CEO of AMV BBDO, lifted the lid on the emotional impact of Bodyform and Libresse’s ‘Blood Normal’ and ‘#VivaLaVulva’ work. “We won the work because we were pissed off with the stereotypes in the category showing women on roller skates. We were angry about representation and were angry about the pressure surrounding women.”

Nadja Lossgott, Creative Director at AMV BBDO, shared how hard the team fought to get the work made and to also hold onto the integrity of the idea. “The client was ready to lose her job over it. When you want to break taboos, you have to be prepared to lose something.”

Now is the time to move beyond tokenism 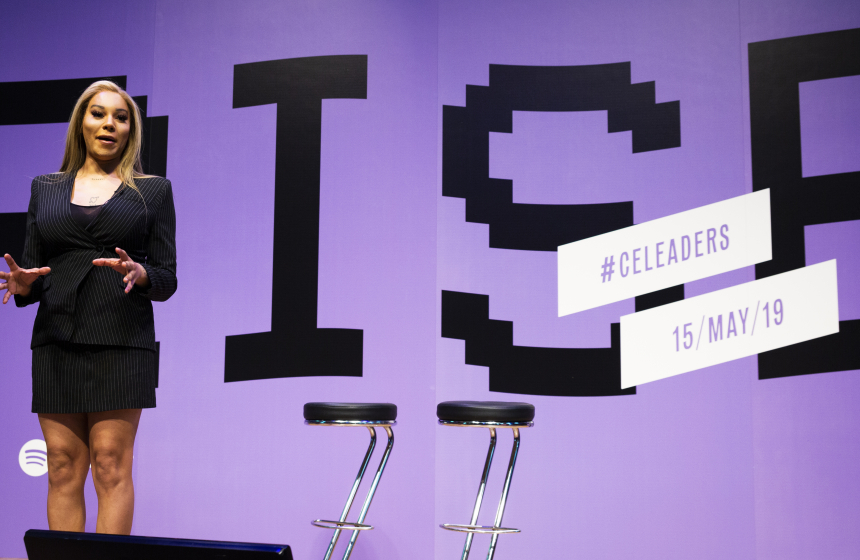 We’re not getting behind the voices that are pushing for change.

Playing public lip-service to diversity while privately maintaining the status quo came under fire at RISE. Transgender activist and model Munroe Bergdorf spoke eloquently about the power of utilising your privilege for good. Bergdorf warned that in the midst of a “recalibration of society” in the post-#MeToo era, the danger is that people become too scared of getting things wrong and therefore dis-engage with the need for change altogether.

Bergdorf urged brands to be braver when it comes to brand endorsements: “We are not getting behind the voices that are pushing for change. Brands are so afraid to support voices who are saying something new or different. There is such power in getting behind the radicals.”

Samantha Renke, the actress, comedian and disability activist, shared how after appearing on Loose Women she was criticised on Twitter for being a “token” and it made her question her work. She said: “Tokenism is about cherry-picking under-represented individuals and it is box ticking. When you try to do diversity through the lens of box-ticking you aren’t really making change.” She urged the industry to instead ensure that people with disabilities are involved in the process to make change happen.

The gender pay gap is getting worse 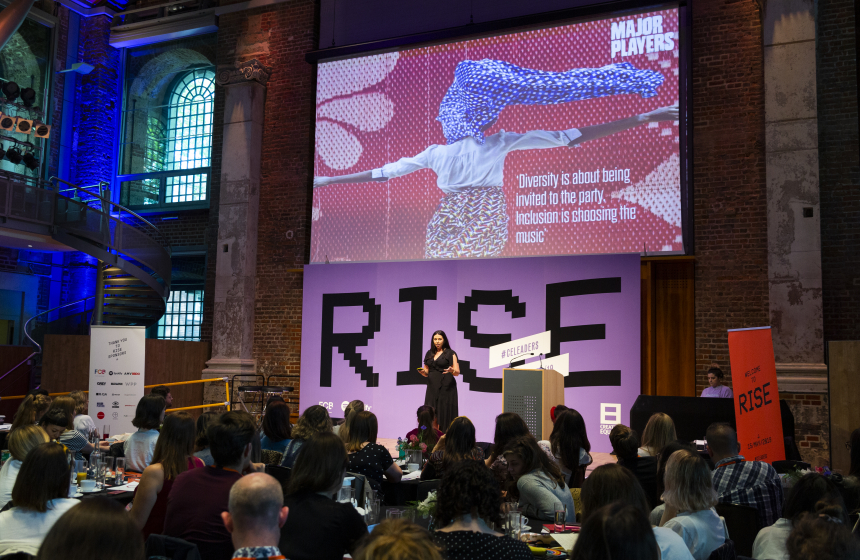 Women need to remove the shame about talking about money.

The importance of measuring change in the industry on more than just column inches was placed into sharp focus by data from recruitment company Major Players. Its data revealed that the industry’s gender pay gap has increased, with a 27% overall gap in favour of men, compared to 23% in 2017.

Last year Major Players launched the #EarnYourWorth campaign which encouraged women not to disclose their current salaries at interview in a bid to help close this gap.

Rosa Rolo, Commercial Director of Major Players, underlined the importance of considering the challenges faced by candidates from different socio-economic backgrounds, as they enter an industry in which “social capital” is such an important, yet largely unacknowledged currency.

Major Players unveiled a new tech-powered platform which will help bring context to recruitment. It has been designed to help brands and agencies recruit candidates from non-conventional backgrounds with less advantage, but significant potential.

Put the humanity back at the heart of the industry 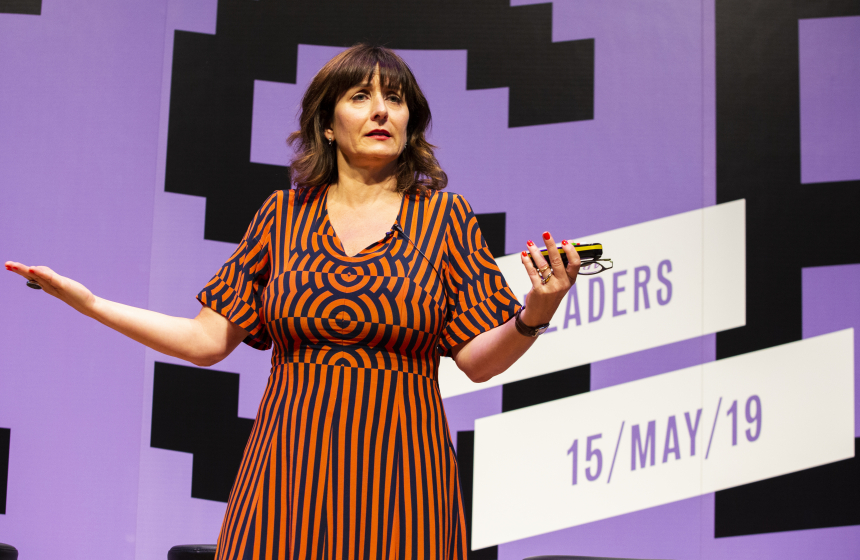 Lean into what it is that makes you different.

The power of vulnerability and leaning in also topped the agenda, with Gemma Greaves, CEO of The Marketing Society, lifting the lid on the crippling impact of imposter syndrome in a moving Fishbowl session, which invited the audience to participate and share their stories.

Karin Onsager-Birch, Chief Creative Officer at FCB West, shared her perspective on how inclusive creativity can influence both how an agency works and its creative outputs. Speaking about her experience as a junior creative, she explained that “the joy of breaking into the boys club didn’t last” because she didn’t feel either heard or included. Everything changed when she created a ground-breaking campaign for Nike targeting young female basketball players. Yet her career almost hit a creative full stop after she was taken off the Porsche account two weeks after revealing she was pregnant.

Yet Onsager-Birch’s experience of motherhood became her creative firepower as it delivered what she describes as her, “fuck you moment.” She added: “I came back, and I realised I had to lean in to what was different about me.” 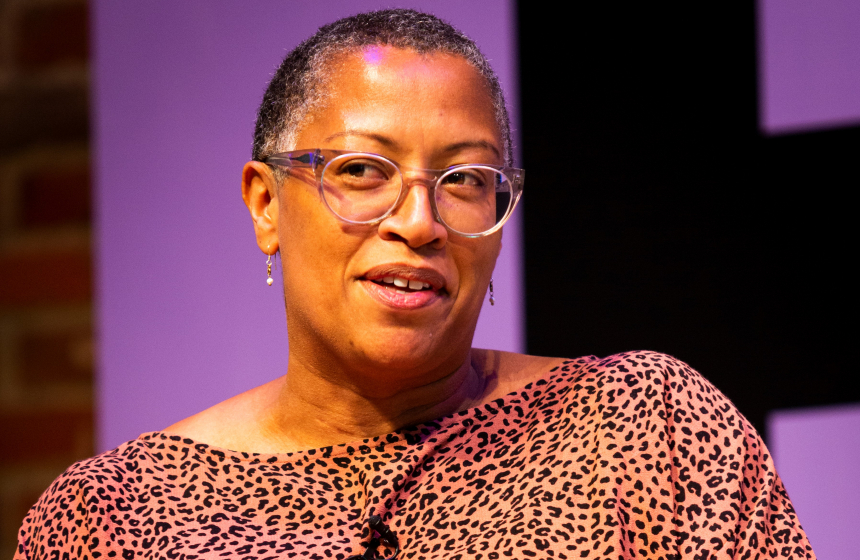 Be a crew and look after each other.

The power of community and support was another key theme of the day. Sarah Jenkins, Chief Marketing Officer, at Grey London, spoke passionately of the importance of finding your tribe because you need them around you, especially when times are tough: “Be a crew and look after each other,” she explained.

Mary Portas, the retail guru and founder of Portas agency, lifted the lid on how she not only found her tribe but is focused on building a whole new approach to work for her agency. Portas, whose book Work Like a Woman, highlights the need to revolutionise the workplace, spoke eloquently on how women can drive change from the bottom. She noted: “Find your tribes and do it together because there’s a power in ‘us’.”

Come together to close the action gap 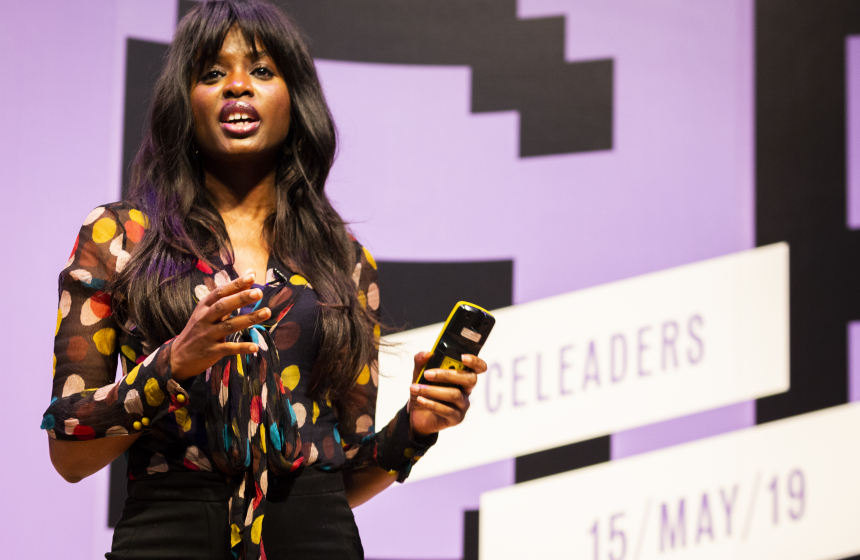 See yourself as an agent of change.

The ability for everyone across the industry to come together to create change was also top of the agenda at RISE.  June Sarpong MBE, the broadcaster, TV presenter and author, spoke passionately about the need for authentic representation, urging the audience to ask, “is everyone in the room?” She added, “I’m not seeing that in your industry. When you leave this room, go out and find new talent. Not because it is the nice thing to do; it is the smart thing.”

Addressing the challenge of working in organisations in which your voice isn’t heard, she urged the audience not to see themselves as “stuck in the middle”, as, according to Sarpong, the middle is where change happens.

“Brands are agents for change, and they are putting pressure on their supply chain,” she added. “You cannot survive if your teams are homogenous. See yourselves as agents of change, not just for yourselves but for your businesses.”

RNIB turns the world upside down

A new campaign invites brands and businesses to turn their logos upside down to draw attention to just how significantly the world has been turned upside down during the coronavirus crisis for people with sight loss.

The next generation of creative talent: D&AD celebrates 40 years of New Blood

It is now perhaps more important than ever to support and nurture the next generation of emerging talent and offer them resources and space for both learning and development.