It’s the ‘Dear Green Place’ packed with world class venues and locations. Here Frame’s Content Editor, Gregor Kyle, takes us on a tour of a real Scottish city, one which holds more than a few surprises.

Ask anyone who has lived, worked or visited Glasgow and you’ll hear a similar story, of a city and people who welcomed them as one of their own.

‘People Make Glasgow’, the strapline that supports the city’s marketing strategy, is part of the vocabulary here, simply because it’s true. Glaswegians, through their creativity and warmth, have made Scotland’s largest city its finest.

Glasgow doesn’t do castles, kilted buskers or the cliched images of ‘shortbread Scotland’. It’s a city of vibrant scenes and real people, one that the whole world is finally waking up to.

In November, Glasgow was named by the European Commission as the top cultural and creative centre in the UK. This followed TimeOut magazine’s listing as the eighth best city in the world.

‘Friendliness’ and ‘affordability’, thriving music and club scenes, restaurants, bars and museums were all mentioned. Simply put; it’s a great place to live and work.

At Frame we are sandwiched between the BBC and STV on the River Clyde and sit across from the Hydro, the second busiest live entertainment venue in the world.

Glasgow regularly attracts major events, from MOBOs to Commonwealth Games, and when the dust settles is always described as the perfect host.

It is properly social, and this social scene is where you will find the city’s soul. Go on any night out with any Glaswegian and guaranteed, you won’t forget it. Well, you might, but you know what I mean.

Over the last 25 years, The National Lottery has invested £3.1 billion in over 64,000 good causes throughout Scotland. So, to celebrate this and their 25th birthday, we created ‘25 years in 25 seconds’, an online film that encourages viewers to pause to find out more about their projects. After all, it’s always nice to stop and reflect on what's been achieved. 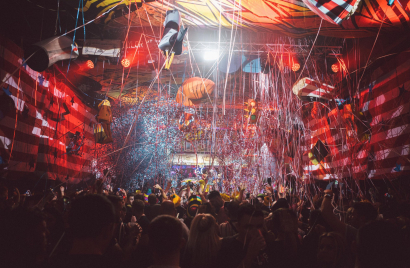 If you have friends and family visiting, there is no shortage of ‘culture’, from the Zaha Hadid-designed Riverside Museum, which has been known to host the odd party or club night, to Kelvingrove Art Gallery and Museum, complete with its own Dali masterpiece. We may be a city built on industry, but we are also the UK’s leafiest, with the city boasting 90 public parks, more than any other UK city; Glasgow actually means ‘Dear Green Place’ in Gaelic. Kelvingrove Park is one particularly popular gathering place when the sun is out. The Barrowlands is consistently named as one of the UK’s best concert venues, while the Sub Club and SWG3 are world-renowned club venues. We’ve not even touched on the arts scene, theatres and abundance of galleries or movie night at the stunning Glasgow Film Theatre.

Lewis Capaldi, a wee guy from Glasgow, has just got a US number one and branded himself as ‘America’s Sweetheart’. Whether you like his music or not, he and his team should be teaching a masterclass in PR. He embodies Glasgow’s personality and sense of humour and is one of the best adverts for the city and its people. We recently worked with him and our client UEFA who wanted to create a buzz during the 2019 FIFA Women’s World Cup. Without tournament rights, we devised a social campaign for them with an A-list festival line-up to provide a unique view and commentary of the tournament that would appeal to the UEFA #WePlayStrong audience. Safe to say, Lewis Capaldi’s contribution was an agency favourite as he cheered on Scotland.

You’ll find outstanding food in every corner. Away from the established city centre, Merchant City and west end, there are lots of unique venues. The east end even has fine dining in a tenement flat in the stunning Bilson 11. Finnieston continues to pull in people from the world over and there is a bar or restaurant behind nearly every door on ‘The Strip’. For your pre-meal drink you have the modern Crescent Bar and the more traditional Park Bar, with its live ceilidh music. Rioja serves Glasgow’s best tapas in an atmospheric little late-night venue, Crabbshakk some of Scotland's finest seafood and there is Alchemilla and its Middle Eastern delights, which continue to be tipped for a Michelin star. It may also surprise you to hear that in 2018 Glasgow had more vegans than any other British city. The Durty Vegan Burger Club in Finnieston is getting incredible reviews. 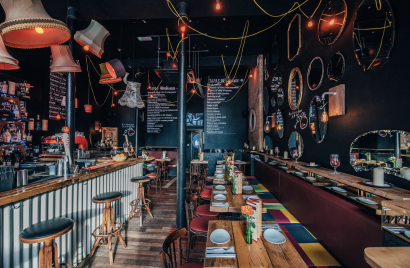 Everyone knows Johnnie Walker. It’s one of Scotland’s most iconic brands and has enjoyed global success. But in Scotland, its home, it’s suffered due to a decline in younger whisky drinkers choosing it, and we’ve had a great time taking on the task of getting Johnnie Walker known and loved by a new generation of Scots. Our strategy is to get them to experience and try it through high profile brand partnerships, such as our most recent with the world’s largest arts festival, The Edinburgh Festival Fringe. Our case study can be found here.

Gregor is Content Editor at Frame and he’s worked in journalism for over 20 years, including a three-year stint at Scotland’s largest local news platform, Glasgow Live.

Friends of the Earth taps into our eco-anxiety

When it comes to the environment, young consumers are facing up to a very real fear: eco-anxiety, that feeling of helplessness in the face of a global crisis.