How Baileys, The Women’s Prize for Fiction and VMLY&R elevated female authors with #ReclaimHerName

The campaign aims to encourage new and important conversations around the continuing challenges women face in publishing and authors' many reasons for using a pseudonym.

Bailey’s, in collaboration with the Women’s Prize For Fiction, is re-releasing a range of books that were previously published under male pseudonyms with the authors' true names on the cover, giving their female authors the credit and visibility they deserve.

The campaign, which was created by VMLY&R, celebrates the 25th anniversary of the Women’s Prize For Fiction. The campaign honours and celebrates female authors and will include the first ever publication of Middlemarch under George Elliot’s real name, Mary Ann Evans.

Each of the 25 books in the library features newly commissioned cover artwork which was created by female designers and the full collection will be available to download as free e-books. The team carefully selected each of the 25 books, searching archives, online and university resources to identify female writers who disguised their gender with pseudonyms. The collection includes A Phantom Lover by Violet Paget (pen name Vernon Lee) and Marie of the Cabin Club by Ann Petry (pen name Arnold Petri).

Liz Petry, daughter of Anne Petry, explained her pride at her mother's inclusion under her own name. She says: “When I was asked if my mother’s work could be included within such a worthy collection of books along with other impressive female writers, I was honoured. I’m incredibly proud of my mother’s work and it excites me that her writing has been introduced to a new audience through this collection. I know she would be thrilled to be a part of this as it’s an incredible conversation starter for such an important cause. My mother always believed in a world with shared humanity and I think this project encapsulates that.”

Tamryn Kerr, Creative Director, VMLY&R added: “Many of the authors we selected were suffragettes and staunch feminists. I’d like to think of this project as our way of thanking them for what they did for us, and of supporting a new generation of artists through the new cover art that 13 inspiring female illustrators, from all over the world, created for the Reclaim Her Name collection.”

There's never been a better time to shine a light on women's achievements and to make sure that their names are not forgotten.

The campaign aims to encourage new and important conversations around the continuing challenges women face in publishing and authors' many reasons for using a pseudonym. Although attitudes have significantly changed in today’s literary world, female authors still experience gender bias. While some still use male pseudonyms by choice, others do so as a way of concealing their identity.

The ‘Reclaim Her Name’ series aims to help level this playing field. Adrienne Gammie, Category Marketing Director for Gins, Pimm’s & Baileys, explained: “The Women’s Prize for Fiction champions the power of female voices, something we care deeply about at Diageo. Through ‘Reclaim Her Name’ we are excited for Baileys to extend this celebration of literary achievement to authors who concealed their gender on their work, shining a spotlight on these incredible female storytellers.” 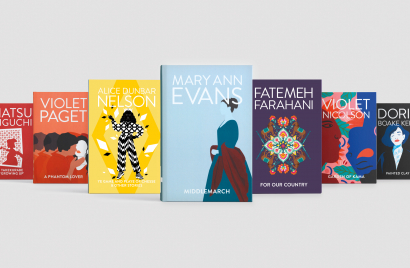 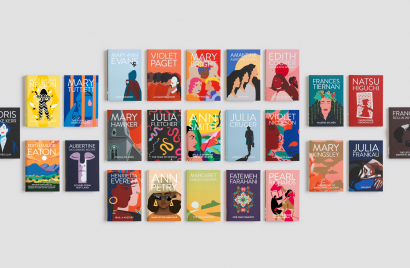 The power of women’s voices

The timing of the campaign is particularly poignant in light of the devastating impact the coronavirus crisis is having on women’s visibility in publishing, media, academia and beyond. In April Dr Elizabeth Hannon, Deputy Editor of the British Journal for the Philosophy of Science, revealed that the number of article submissions she was receiving from women had dropped dramatically. Meanwhile, the Comparative Political Studies journal noted that submissions from men had increased almost 50% in April.

VMLY&R’s Kerr explains that the research for the ‘Reclaim Her Name’ collection was done before the pandemic, and the selected books are from a different time. However, she notes that it showed that there is very much still a bias against female voices in literature. “We hope this work helps the next generation of girls looking around the literary world to see themselves represented,” she adds.

But what about the threat to women’s voices that the coronavirus crisis has caused? Kerr points to the massive gains for women in the workforce in everything from the number of women on boards and in CEO positions to conversations about closing the gender pay gap. However, she notes that unfortunately, it seems the 2020 health pandemic and ensuing economic crisis have put all of this progress at risk.

“To mention just a few things, we've seen a disproportionate impact on women's mental health because they still carry most of the emotional labour, looking after parents, children and relatives. A disproportionate impact on the female workforce and in particular working mothers; in the UK they are one and a half times more likely to lose their job or quit since the beginning of lockdown. And an alarming rise in domestic abuse.”

It's a crisis which makes this campaign even more powerful. As Kerr explains so eloquently: “I think there's never been a better time to shine a light on women's achievements and to make sure that their names are not forgotten. Our generation owes it to the next to make sure that this progress doesn't slip backwards.”

Baileys, 'Reclaim Her Name' by VMLY&R