Why brands should also be living #TheFastLife in Ramadan

During the Muslim month of fasting, the Ramadan economy is estimated at approximately £200 million in the UK alone. Yet, this entire period has gone relatively unremarked by brands and retailers.

Ramadan is a global occasion, marked by 1.6 billion Muslims around the world, including 4 million Muslims in the UK. During the Muslim month of fasting, the Ramadan economy is estimated at approximately £200 million in the UK alone. It is also the third largest season for spend after Christmas and Easter. Yet, this entire period has gone relatively unremarked by brands and retailers.

Muslim consumers are disappointed, and it matters. In our industry push to be more inclusive and engage with more diverse audience, this is a painful chasm. And even apart from doing the right thing, the rewards are huge. Muslims in the UK spend approximately £20.5 billion annually and make a contribution to the economy of £31 billion.

In pioneering research we published last year in “The Great British Ramadan”, 62% of Muslims in the UK said they feel that they are “not being served well” by brands and retailers. There’s good news though; 78% said that they “would be interested” if brands did engage for Ramadan, and the subsequent festival of Eid.

For Muslims, Ramadan is a key occasion in the calendar. The whole month is one of radical transformation. So, no wonder they feel left out when their presence and consumption power is overlooked.

As you might expect, food and beverage patterns as well as choices change dramatically. But there are other surprising changes too. People worry about health and wellness; community occasions which are a central part of the Ramadan experience heighten feelings of togetherness and enjoyment; and a celebratory mood is imbued throughout the whole month, especially Eid which follows its completion.

The month focuses on self-improvement and doing good, so no wonder that giving to charity is at the forefront of people’s minds. Charitable donations by Muslims during Ramadan alone are estimated at £100 million.

So, while brands are generally found to be lacking in engagement with Muslim audiences, for Muslim charities, Ramadan is the busiest period of the year. Everything from texts at Iftar time to prompt donation, to Ramadan telethons spanning whole evenings on the many Muslim community TV channels. With few exceptions when brands and charities do engage, the messages, while significant and rooted in important Islamic teachings, don’t always talk to Muslim audiences in a way that speaks to their contemporary British Muslim experiences.

UN ShareTheMeal is part of the UN’s World Food Programme. Its innovative mobile app makes it easy to donate towards tackling child hunger.

The challenge was to create work that went beyond simplistic imperatives to donate because it is Ramadan and the rewards are high. Instead, the aim was to generate deep and authentic insights into the experience of Ramadan, both the highs and the lows, and to find humour in some of its human challenges.

In particular, technology has become a key feature in Ramadan life, with social media consumption habits changing for Muslims who will consume more video during Ramadan, share exhortations to do good, and swap Ramadan experiences.

There is a wider insight that Muslims in Britain want to share their Ramadan experiences to wider society, and that a platform to do so is something that they appreciate. In all of this, it was key to respect the religious nature of the month.

By using this approach, we wanted to speak directly to Muslim audiences with references they would engage with immediately and to make the content shareable. It was important to avoid explaining Ramadan in an introductory fashion.

The result was a social campaign featuring a series of comedic films which provide insights into life during Ramadan and promote the charitable cause through the campaign idea of #TheFastLife.

While the fast life is usually about money, cars and showing off, this film subverts all of those and instead gives it new meaning. The play on words is clear and engaging. #TheFastLife campaign celebrates with warmth and humour the activities characteristic of the season. Key to this is the Ramadan tradition of charitable donations, and the ultimate message being how quick and easy it is to feed a hungry child via the ShareTheMeal app.

The campaign centres on a fictional Muslim character, Luxe Wahid, played by British Muslim comedian Prince Abdi, who is an aspiring social media influencer vlogging about his ‘fast life’ during Ramadan. We see various moments of his Ramadan day, with funny insights that will resonate with the young socially savvy Muslim target audience and their own experiences during Ramadan. Despite the glitzy overlay in the style of the films, we learn that at its heart, the real fast life is about sharing the special experiences of the month, especially the act of giving to charity.

The call to action is that the ShareTheMeal app is the perfect way to donate and make the most of Ramadan’s blessings. The social campaign, debuted during Ramadan has already seen engagement across channels, driving visitors toward donating on the ShareTheMeal app. 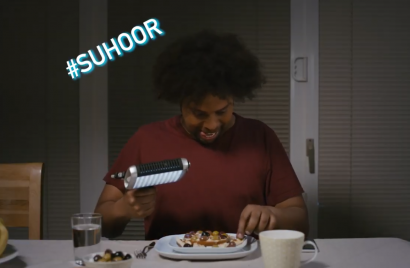 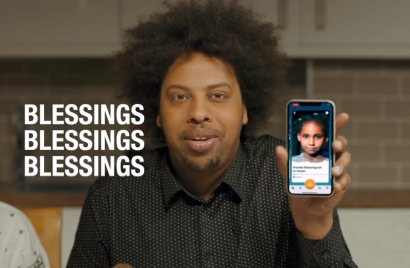 Shelina Janmohamed is the Vice President of Islamic Marketing at Ogilvy. She is the author of Generation M: Young Muslims Changing the World. She has been named as one of the UK’s 100 most powerful Muslim women, and AdAge named her one of Europe’s Twenty Women to Watch.

Purchase behaviour is now beyond transactional and far from reaching ‘peak purpose’ consumers’ expect brands to stand for something more than their bottom line.

“Why wouldn't you be a champion?”

Vikki Ross, founder of #CopywritersUnite and Sophie McGovern, the winner of the Women in Marketing Copywriters Award, on why now is the time to elevate and celebrate female talent.

We Are Undefeatable campaign gets better with age