Not all engagement is equal

Meaningful connections break through clutter and give people something to share and talk about, in a space that was originally designed for this to happen.

When you’re tasked to create content for social channels often the excitement of the brief is slightly marred by the inevitable media ‘best practice’ parameters, which are more than a tad limiting at times. We’ve all heard the same things:

“Video. With branding. That appears in the first three seconds. BUT the whole thing can’t be more than six seconds long. Feature product subtly, but obviously. Reach is everything. ‘Likes’ mean nothing. In fact, why not just do a TVC cut down.”

“People don’t have the attention span on social so make it short. Shorter the better and don’t ask too much of them.”

Invariably this means creatively you are left with the opportunity to produce something extraordinarily un-extraordinary. The price you sometimes pay for vehemently adhering to the ‘best practices’ laid out by media to hit benchmark percentages is destroying what you set out to do in the first place: to create something that makes people feel something for your brand.

As we all know, the world is noisy and getting noisier. Somehow, this focus on producing more uniform stuff that fits an exact formula doesn’t feel like it will make it any less so. Instead we might end up turning one of our greatest opportunities for genuine one-on-one connection into a rather bland sea of seconds-long moving billboards where we don’t actually mind if people care about what we made, as long as enough people see it.

This kind of reach can be bought, but attention must be earned. Doesn’t this mean we need to make better things rather than chop them down to fit a lowest common denominator? Surely there is some part of us that would rather a smaller group react strongly to what we have to say than a larger group see it but show no emotion at all?

Meaningful connections break through clutter and give people something to share and talk about, in a space that was originally designed for this to happen. And yes, whilst the value of a ‘like’ may be debatable, not all engagement should be considered equal. 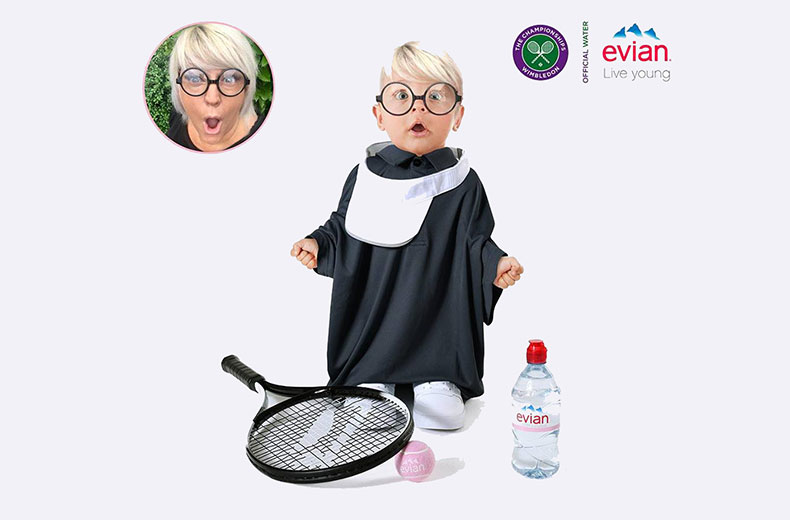 Over 4 million
number of impressions

evian has sponsored The Championships, Wimbledon for 11 years, bringing together two iconic brands. It’s a match as great as any of those played out on Wimbledon’s hallowed Centre Court.

We were asked to come up with an idea which would help drive awareness and interest in the sponsorship through social platforms in a way that delivered evian’s ‘Live young’ philosophy on Wimbledon.

We wanted an idea that gave both parties equal weighting and established the link between the two rather than a badging exercise. So, how do you get people to talk about the partnership online?

evian has connected the two brands above-the-line with the ‘oversize’ campaign in recent years, using baby lookalikes of tennis greats such as Stan Wawrinka and Garbiñe Murguraza in full tennis whites.

It’s striking, simple and beautifully tells the inner-baby story in a classically Wimbledon style. Current convention dictates a simple solution might be to take this creative, animate it a bit, put money behind it and press the button. Big reach numbers and three second views that hit a benchmark. Job done.

But that didn’t feel like the best use of the space. With an audience obsessed with celebrity and sharing personal experiences, we realised that if we could take that iconic ATL creative and put our audience in it, we’d have a really good chance of grabbing their attention.

So, evian #Babydoubles was born. A simple concept. People ‘serve’ us their own head shots and we ‘return a volley’ of personalised inner baby images. There are lots of apps to create virtual versions of yourself but often these lack true individuality. For this to really capture the imagination, genuine personalisation and easy access was key.

In keeping with Wimbledon tradition, sometimes the old ways are the best. We shot a dummy baby and props, then curated stock libraries for hundreds of baby faces. We also recruited retouch studio Happy Finish to provide a team who could work 24/7 to turnaround high-craft images at lightning speed.

Launching with a #Babydouble of evian ambassador Kyle Edmund, Britain’s No.1 Wimbledon hopeful in 2018, we invited people to get their own #Babydouble on Facebook. We created as many highly-tailored images as possible, copying every photographic detail from hairstyle to facial expression. These were shared on the original thread, so everyone could see the gallery of images grow.

The response was phenomenal and the depth of one-to-one engagement was proof of that. The joy, gratitude and heart-shaped emojis we saw from those receiving a #Babydouble image (or seeing their friends) was, well, ace. We saw our #Babydouble images travel far and wide, each one garnering more love as they spread across personal channels, were shared onto other platforms, and even reached the holy grail of brand advocacy as profile pics. We did more than just promote evian’s sponsorship of Wimbledon. We created hundreds of very happy brand ambassadors who told our story for us. 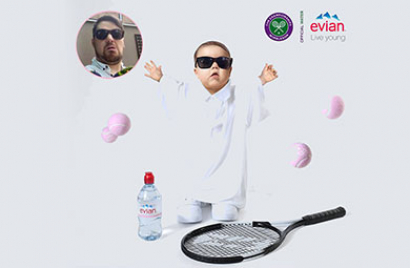 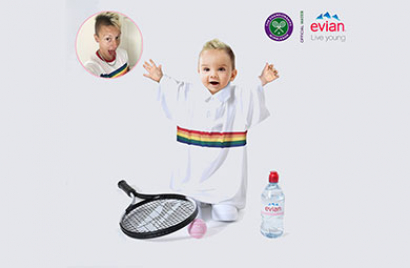 Alex joined Golin in May 2016 from VCCP Kin. At Golin he leads the Social & Content team, providing strategic direction, client service and leading integrated work for key clients. With a background across multiple disciplines over 15 years, his client experience includes Unilever, where he led award-winning campaigns for the likes of PG tips, Dove and Pot Noodle, as well as MoreTh>n, Nationwide, Orange, Coca-Cola, Danone and Kia.