“It’s not about you it’s about me”: How TENA broke marketing’s last taboo

Lisa Myers, Marketing Manager at TENA, shares the behind the scenes story of how the brand broke the silence surrounding older women with its ‘Ageless’ campaign.

It may be 2020 but the truth remains that ‘real women’ in advertising are all too often little more than a marketing gimmick. The world has changed irrevocably but when it comes to mass market, mainstream marketing women are all-too often presented as conformist relics of a bygone age. This is particularly true when it comes to ageing. For while seemingly every given milestone is a marketing opportunity, the silence that still surrounds the entirely natural process of ageing as a woman is particularly shocking.

It is a silence that TENA punctured with its latest ‘Ageless’ campaign, created by AMV BBDO and directed by Yorgos Lanthimas, who also directed the award-winning movie The Favourite. The campaign brings life to an experience of women that has all too often been wordless and unrepresented. A lack of representation in the media and advertising that equates to a lack of respect for the innate privilege of growing older.

The ‘Ageless’ spot is part of TENA’s ‘I Will Be Me’ campaign, which is focusing on challenging the stereotypes and misconceptions which surround ageing and incontinence.

By setting out to create more open conversations around ageing by posing the question ‘Our bodies change. But why should we?’ the ad marks a watershed for reflecting the lived experience of older women in advertising. It is notable, that despite coming out in 2020, this is the first UK advert to feature women over 50 talking about sex.

Lisa Myers, Marketing Manager at TENA, says that a new tone was exactly what the campaign was seeking to create: “Authenticity is a huge part of our DNA and the script was developed with the women and everything you see in the film is the real life experiences of these women using their own words.”

Social media and body positivity have helped to bring about an honest conversation about who we are as women, not who the media dictates we should be.

It was this open, collaborative creative process which lands the ‘authenticity’ which so many brands talk about, yet so few deliver in their creative executions. “Our process started with a piece of research looking at the experiences and perceptions of women between 18 and 55. We talked a lot about the perception younger people have about growing older,” explains Myers.

She identified two key trigger moments for women, firstly if you have a baby and secondly when you go through the menopause. Yet while there is a plethora of brands and communication targeting ‘yummy mummies’ and beyond, when it comes to the menopause there remains an ocean of silence.

“What we found when we spoke to women is that many over 55 felt that they aren’t represented. They see advertising and they instinctively feel this isn’t me,” explains Myers. Notably amongst younger women there was an acute awareness of how older women were being misrepresented or ignored. “More and more women are reflecting on stereotyping within advertising and beyond,” she adds.

It is a shift that TENA has supported with a focus on embracing women for who they truly are. “What we see is women across society embracing their true selves,” explains Myers, who reveals that the brand’s mission is to ensure that every woman can be themselves. “We need to have a normalisation of the conversation about what ageing is; we don’t change as people, so we need to remove the stigma,” she adds.

This is particularly important when it comes to tackling incontinence. According to TENA one in three women will suffer with incontinence in their life. A fact which makes Myers laser focused on changing the perception of what this means for women. She explains, “Men’s midlife crisis is treated with much more comradery, whereas for women the media support isn’t there.”

However, she believes that social media is really changing the narrative and tone surrounding ageing as a woman. “Social media and body positivity have helped to bring about an honest conversation about who we are as women, not who the media dictates we should be,” Myers says. A tipping point perhaps has been finally reached.

This change is also evident by the respect the campaign gives not just to the outward signs of ageing, which women have inexplicably been told to ‘fight’ by brands for decades, but instead to their inner feelings. She explains, “We wanted to acknowledge the fact that our bodies change on the outside but instilling that inner confidence is giving people the ability to navigate that change.”

It is a shift which reflects the rise of the body positivity movement, one that Myers believes is a real force for change. “It is helping women believe they don’t have to change, they can be intimate, they can get changed in the gym, they don’t need to hide who they are,” she explains.

The campaign by its nature shows women in a very normal way.

Marketing is an industry that has long talked a good game about bravery, yet all too often representation, diversity and lived experience falls through the gaps. To be the first brand to have women over 50 talking about sex is a landmark that the TENA team have taken in their stride. A barrier built for breaking.

“The campaign by its nature shows women in a very normal way,” explains Myers. She recognises that the intimacy the spot depicts will be provocative, but rather than being afraid of this fact she views this provocation as a spark, which will encourage and enable people to think about their own attitudes. An approach encapsulated by the line: ‘It’s not about you, it’s about me.’

“This is profoundly about the personal experience of the women in the film,” explains Myers, yet through that personal experience the campaign is giving a route to change the perception surrounding older women, intimacy and incontinence across society as a whole. This is why inclusive representation was so key to the campaign’s success.

It’s not about you

This campaign is nothing short of a landmark for the depiction of women in advertising. For decades women have been viewed through a male lens, the stereotype of how society should feel about older women. An approach which means the sexuality and massive economic power of older women is still side-lined or ignored. Menopause, a universal experience, remains one of the most untapped and misunderstood marketing opportunities across the globe.

For Myers the campaign succeeds because it captures the real experiences of women and their confidence “breathes into the film”. It is a confidence that is often entirely missed by mainstream media channels and brands and it is notable that this film faced a 9pm watershed. As Myers explains, this is a challenge. She adds, “The ultimate taboos can be tackled in mainstream media, but when you look at the levels of restrictions, we need to ask how can we work with media owners to change that.”

It’s a change which brands must act to address, or risk being out of step with the reality of their consumers lives. The disparity between the confidence, attitudes and sexuality amongst older women and their depiction in the media is acutely evident to Myers.

“We need to reassess the experience of women across their lives; age isn’t a label,” she explains. TENA’s ‘Ageless’ campaign underlines the creative power of simply depicting women as they really are, as opposed to telling them who they should be. Instead of fighting the signs of ageing, this generation of women is comfortable and confident in their own skin. A confidence, which until now, has been almost entirely invisible in advertising. 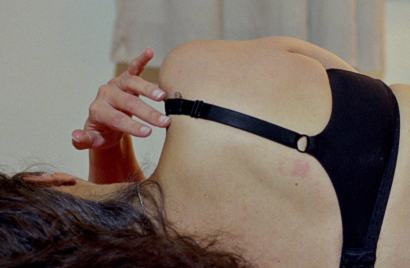 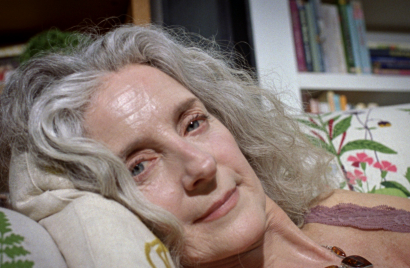 The lockdown has reminded brands of what is important in establishing loyalty that transcends occasion or habit, writes Dave Lawrence, Planning Partner at Brave.